The raw power and immense size of The Grizzly Bear is an experience best had from a great distance, or, as in this case, through art. Weighing up to 270 kg and with a bite force of 1200 psi an adult grizzly could easily bite through a cast iron skillet!  The ancestors of grizzly bears originated in Eurasia and traveled to North America via Beringia approximately 50,000 years ago. There are around 15,000 grizzlies in British Columbia with 9 (of 56) of the population areas classified as threatened, including Squamish-Lillooet, Garibaldi-Pitt and North Cascades. 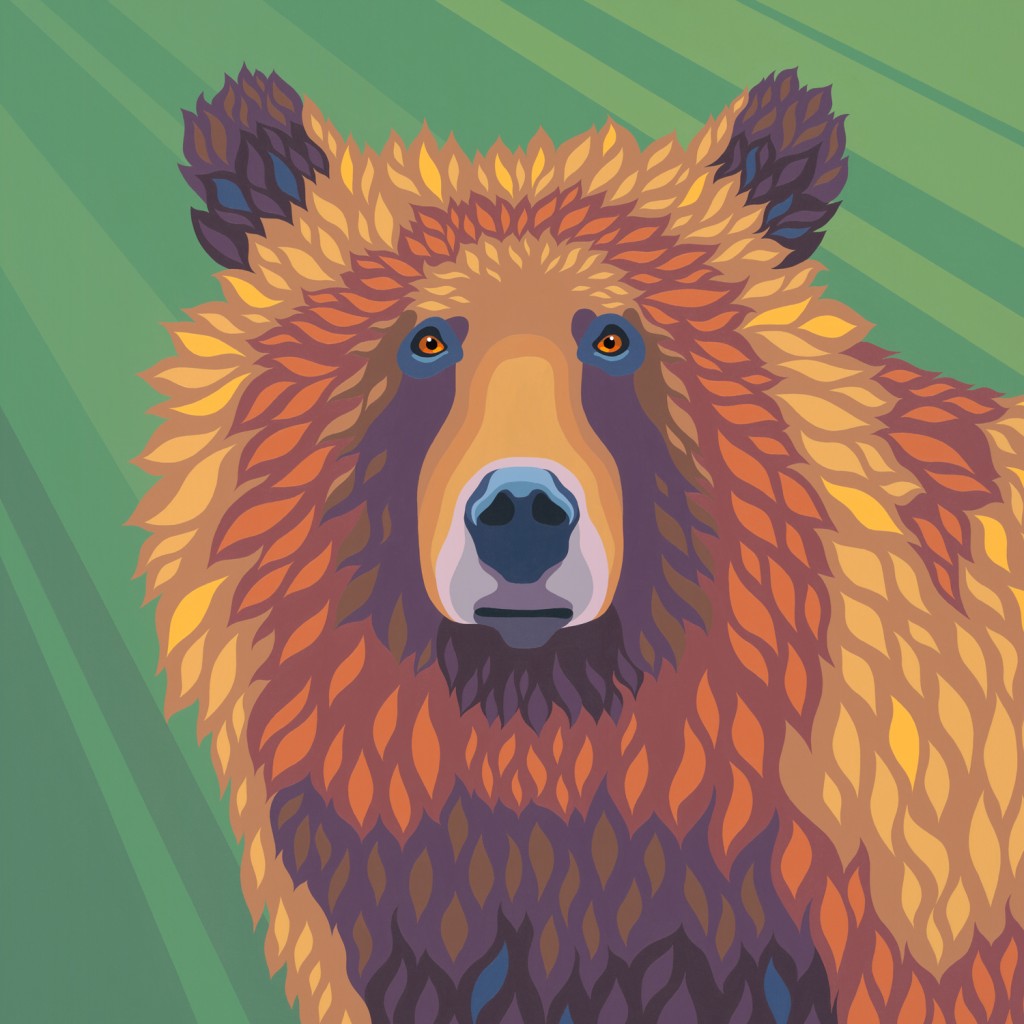 Grizzly bears are an important apex predator and considered to be an ‘umbrella’ species: healthy populations indicate the region can readily sustain other animal species. They also play a key role in maintaining the health of ecosystems in various ways, such as through the distribution of salmon carcasses into the forest and the dispersal of seeds via feces. Grizzlies also aide the tender undergrowth through keeping populations of large herbivorous mammals in check such as moose, elk, white-tailed deer and caribou. 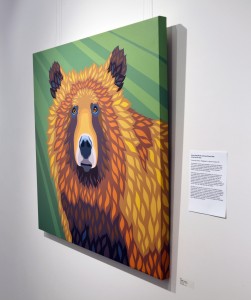 The bears are an important part of the lives of First Nations peoples and grizzly bear viewing is a valuable economic and social component of BC’s tourism industry. The combined effects of human development is the single largest threat to grizzly bear populations in BC. Conflicts between bears and humans often result in bears being killed or relocated; bear populations become isolated because of human settlement, agriculture, and utility corridors; and habitat is increasingly lost or degraded by development. 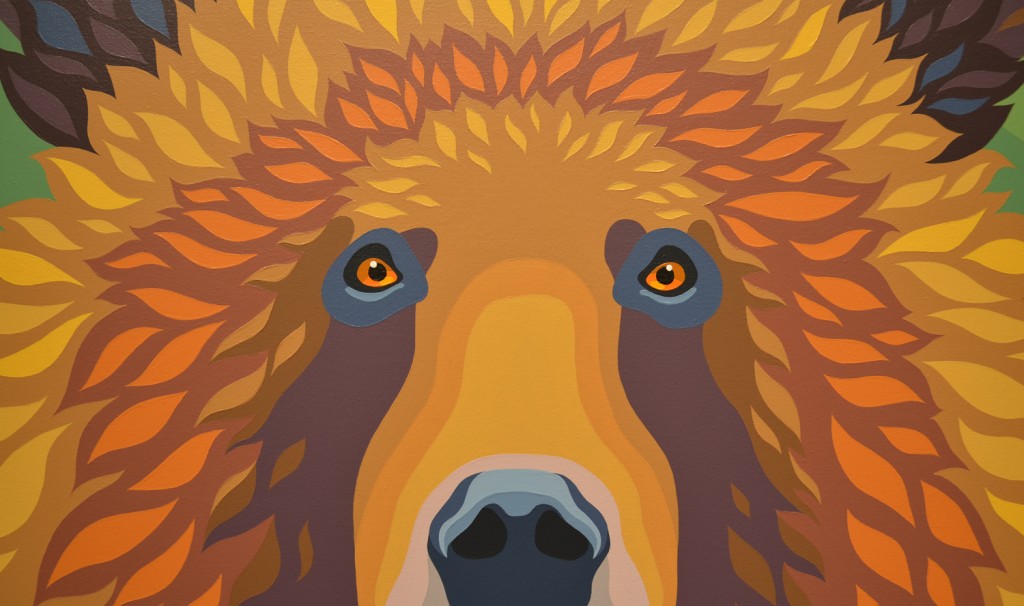