It was only in my wildest dreams that I ever thought I would have the opportunity to create art for a children’s hospital. To be able to brighten a space where children and parents living through their darkest hours might hope to have their spirits lifted, however lightly, even for a moment. To be part of an innovative new program that uses art as a therapeutic approach to healing: through distraction, relaxation, play and learning. For me this project was beyond my journey as an artist and even the art itself- it was a once in a lifetime opportunity for my art to be a shoulder to lean on, always there if needed, for those who need it most. Stage 1 of this project is now complete! And I loved. Every. Minute. 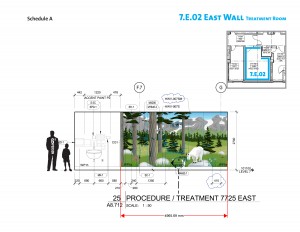 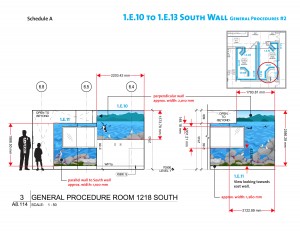 I think it all started back in 2015 when my husband and I spent near a week at Lions Gate hospital with our newborn daughter in Intensive Care (with non-life threatening complications during birth). Upon entrance to the maternity floor a large woodland mural greets visitors: animals, elves and mushroom houses bring smiles to those who enter. Many times a day we would see this mural and I was consciously aware of the smile it brought to my own face. I thought: one day I will pay it forward. 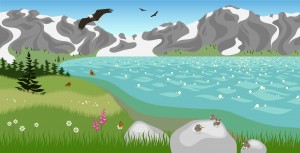 In March 2016 the BC Children’s Hospital Foundation put out a nationwide Call for Artists to create over 400 unique pieces of art to support the Children’s Healing Experience Project in the new Teck Acute Care Center in Vancouver. They asked artists to contribute to various categories from sculpture to murals, ceiling art, original paintings and prints. But the goal was the same: to celebrate the ecological and cultural diversity in BC and the Yukon while reducing anxiety and promoting healing.

Gathering all my past experiences: acrylic painting, archaeological illustration (both digital and freehand) and even the mural I painted in my daughter’s bedroom, I submitted an application. Over 1200 people applied and I was absolutely floored to receive a call in June inviting me to be one of only a few dozen artists to conceptualize a mural!

I had just a few weeks to come up with two 360 degree designs for the four walls in the General Procedure Room on floor 7. Each floor of the hospital followed a different Wayfinding Theme and floor 7 was Forest.

There was never any doubt that I would recreate a natural environment and include native wildlife species on the mural. Not only does this subject matter appeal to a wide variety of ages but in sharing my own love for these places I hope to ignite love and appreciation in others: and from appreciation comes respect and conservation. 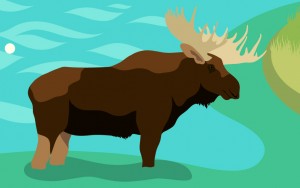 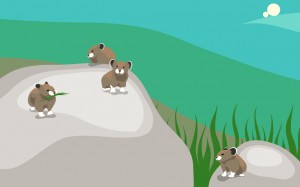 After much deliberation I narrowed it down to two design concepts: A BC Alpine scene inspired by the Garibaldi and Joffre Lakes region, with higher altitude pine forest, meadows, mountains and a glacial lake. The second was a BC Southern Coastal scene inspired by a place very close to my heart: 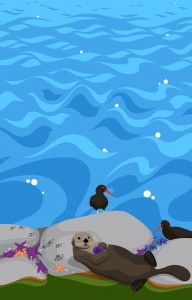 Cape Roger Curtis on Bowen Island, BC, with coastal arbutus forest, inter-tidal zones, open ocean and Salish Sea islands. I wanted to follow the Forest theme while allowing for some open spaces and relaxing rippling water- one of my signature painting styles. The BC Children’s Hospital Foundation enlisted the help of current and past patients and their families to make the decision and the Alpine theme was selected! But soon after starting on the mural I had some exciting news: they invited me to create the BC Coastal scene for the 1st floor Radiology Room, following the BC Harbor/Underwater theme! Two 360 degree murals in two and a half months: a daunting task but there was NO WAY I would say no!

Having experience with a variety of mediums I opted to create the murals digitally, as even traditional acrylic paintings would need to be scanned in high resolution and printed onto wall panels for installation at a later date. Working in Adobe Illustrator to produce vector based images gave me the flexibility to create at a small scale and make changes as I went.

Drawing to specific measurements, on different wall heights and angles, and working around equipment was all part of the fun bringing the scenes to life. To say that I was a perfectionist in the task is an understatement: every inch of 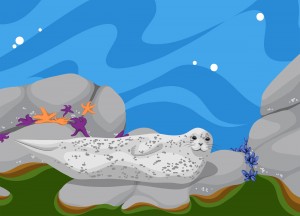 the mural needed to be exact. I wanted to fully and seamlessly immerse the viewer into the scene. I wanted the colors to be vibrant yet calming. Native species were selected for their interest, gentle nature and ecological significance. I included Northern Pika, for example, not only because they are ADORABLE but because they are extremely sensitive to warming temperatures and one of many species in Canada threatened by rapid climate change.

The BC Coastal mural, modeled after Howe Sound and the Straight of Georgia, showcases a variety of ocean life that is starting to return to the region after decades of absence. Humpback Whales, Orcas and Pacific White Sided Dolphins are all frequent visitors to the sound now that the herring have returned. Coastal First Nations have known for millennia that this small diminutive species forms the foundation for a thriving marine ecosystem.

#panorama of the #newBCCH Procedure Room Alpine #mural! — Four walls/360 degrees, designed around doors/windows/equipment, created digitally in Adobe Illustrator. — I had the time of my life creating these, I can’t wait to see them installed!

This week I delivered the final artwork with feelings of joy, exhilaration, exhaustion and a little sadness to be finishing what has brought me so much happiness these past few months. The next stage of production will take my 16 individual artboards (with over 1200 square feet of illustrations) and print them onto wall panels. The panels will then be installed on site to be ready for the hospital’s July 2017 opening. 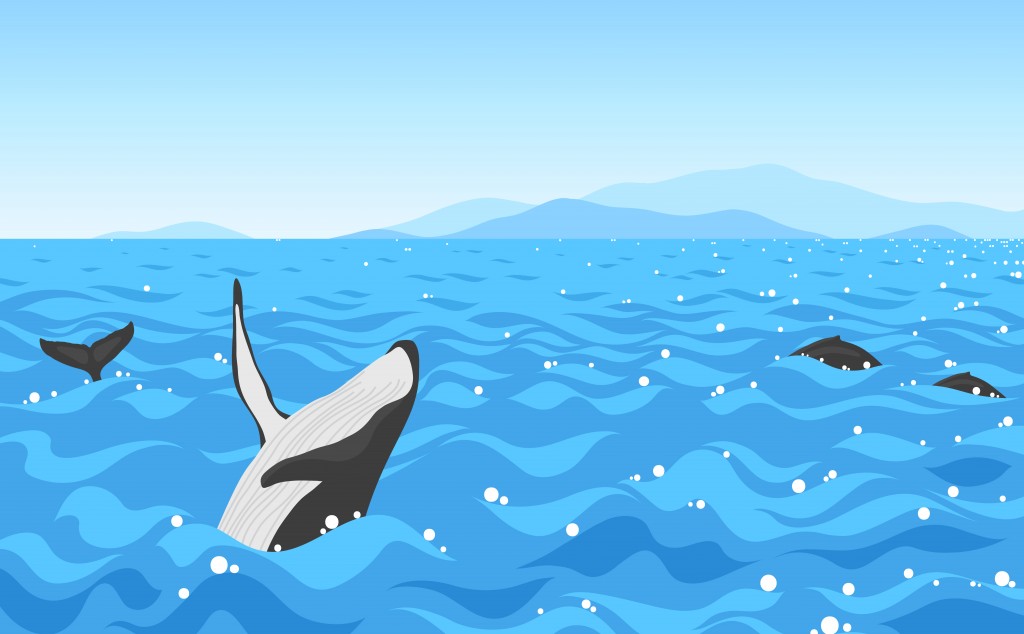 The panoramas offer a quick glimpse at the 360 degree murals which run over a variety of wall sizes, angles and around features in the room. There is even a double sided wall which views a rocky inter-tidal island scene from both sides! I will be sure to send updates- I cannot wait to see them installed and come to life!

#panorama of the second #newBCCH #mural: a Coastal BC scene in the first floor Radiology Room. This room was pretty complex with half walls, full walls and mid-room double-sided angled walls! The panorama runs too fast but you can get a rough idea of the layout and spot some coastal #wildlife!

I want to thank everyone at each stage of this project: the encouragement and support from my family and friends, my letters of reference, the BC Children’s Hospital Foundation and the entire team at BCCHF Arts for this amazing opportunity and help along the way. And to emphasize the underlying message in the art: our wild places have healing power. They have immeasurable value and need to be loved, respected, and conserved. I hope that this art will hold that power and deliver it to our future generations for years to come.